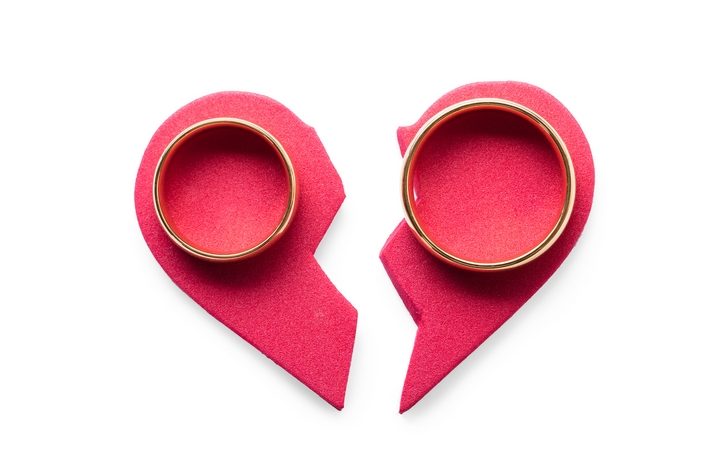 10 Most Famous Divorces That Split Up Celebrity Power Couples

Deciding to get a divorce doesn’t mean that your relationship has been a mistake from the start. It can simply mean that you and your partner have grown apart, and that you would be better off going your separate ways. Divorce is very commonplace nowadays, and there is nothing to be ashamed of.

Many of the celebrities we admire have been getting a divorce so they could start with a clean slate. Here are the 10 most famous divorces that can remind us that love doesn’t always last forever.

Nicole Kidman and Tom Cruise first met on the set of the movie Days of Thunder. They married on December 24, 1990, and they adopted two children together. Many people considered them to be one of the most beautiful couples in Hollywood.

However, Tom Cruise filed for divorce in February 2001. The two celebrities don’t like to talk about what led to their divorce.

Jennifer Aniston and Brad Pitt were also considered one of the most beautiful couples in Hollywood. The pair met in 1998, and married on July 29, 2000.

Jennifer Aniston filed for divorce in the beginning of the year 2005, citing irreconcilable differences. They apparently reconnected and became friends again after Brad Pitt’s divorce with Angelina Jolie, which also appears on this list.

Heather Mills and Paul McCartney met in April 1999 during the Pride of Britain Awards event. He proposed to her in July 2001, and they were married on June 11, 2002.

They had a daughter together in 2003, but they separated three years later, and their divorce was finalized in 2008. They fought a public battle that was very acrimonious.

Madonna cited irreconcilable differences, and said her marriage wasn’t what she expected it to be. There were many problems and arguments, and divorce was certainly the best option for both of them.

Elin Nordegren and Tiger Woods met in 2001 during The Open Championship. They got engaged in November 2003, and got married on October 5, 2004. They had a daughter and a son together.

After Tiger Woods admitted to cheating on his wife, the couple divorced on August 23, 2010. Unfortunately, his reputation was tarnished, and he retired from professional golf for some time.

Monica Bellucci and Vincent Cassel met on the set of the movie The Apartment, which came out in 1996. They got married in 1999, and had two daughters together.

Everything seemed perfect about their marriage, until they announced their divorce on August 26, 2013. It was believed that they had some difficulties combining their family life with their career.

Gwen Stefani and Gavin Rossdale met in 1995, when their bands No doubt and Bush were performing at the same holiday concert. They fell in love, and got married on September 24, 2002.

They had three sons together. Gwen Stefani filed for divorce in 2015, citing irreconcilable differences. The divorce was finalized in 2016, but both musicians have been involved in the upbringing of their children since then.

Gwyneth Paltrow and Chris Martin met in October 2002, and they got married on December 5, 2003. They had a daughter and a son together.

They announced their separation after ten years of marriage, describing it as conscious uncoupling. They decided to part as friends, and to try to go through this phase of their life with dignity. Gwyneth Paltrow filed for divorce in 2015, and it was finalized on July 14, 2016.

Jennifer Garner and Ben Affleck met on the set of Pearl Harbor in 2000, and they began dating in 2004. They married on June 25, 2005, and they had two daughters and a son together.

Their fans thought that their relationship would last, but the pair announced their intention to divorce in 2015. They have sought joint custody of their children, and their divorce was finalized in 2018.

Angelina Jolie got involved with Brad Pitt during his divorce proceedings, leading the press to believe that their relationship began while he was still married to Jennifer Aniston.

Angelina Jolie and Brad Pitt got married on August 23, 2014, after being together for 7 years. They adopted 3 children together, and they also had a daughter, and twins. Angelina filed for divorce in 2016, citing irreconcilable differences. It was finalized in April 2019.