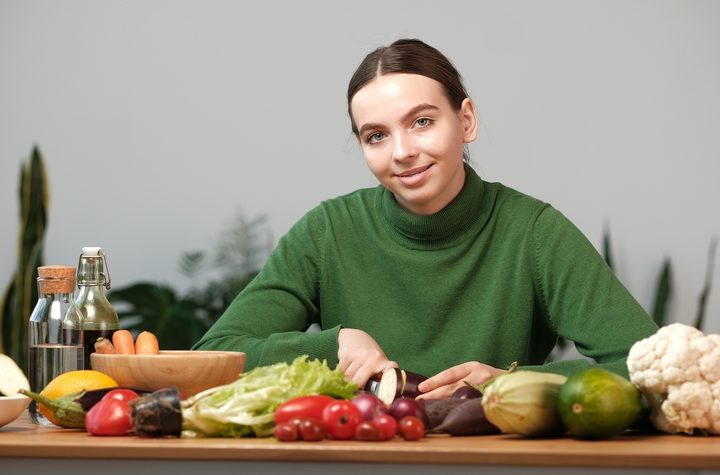 11 Most Famous Vegans in History

The roots of veganism owe to an important disagreement that began among the ranks of the Vegetarian Society in August of 1944. Some members had requested that the society’s newsletter devote a section to vegetarians who also avoided eggs and dairy. Their request was flatly denied, prompting one member to start a new quarterly newsletter called The Vegan News devoted to Veganism. The publisher, Donald Watson of Leicester, England chose the name Vegan because it was the beginning and the end of “vegetarian.” Soon the organization was holding meetings and the philosophy of veganism has spread less formally ever since.

A United States-based vegan society opened in California in 1948. When Vegans celebrate World Vegan Day on November 1, they are commemorating the publication of that newsletter. Recently, major publications The Economist, Forbes, and the Canadian magazine Maclean’s have all proclaimed 2019 as “The Year of the Vegan.” Vegetarians have been around since the early 1800s, and the diet was popular throughout the 19th century. Ancient humans of the Indus Valley Civilization on the Indian subcontinent followed a plant-based diet in 3300–1300 BCE.

Vegans avoid consuming or purchasing dairy, eggs, leather products, honey, and any other product that involves cruelty to animals. A recent trend is vegan fashion, such as wearing sustainable shoes made from ecofriendly materials. Because the term ‘vegan’ and the philosophy did not exist until the disagreement among vegetarians, it is anachronistic to use the term for anyone who lived before 1944. That does not mean that conscientious individuals and groups throughout human history have not followed a diet that we would recognize as vegan today.

This list gathers a number of famous vegans in history from antiquity to the 19th Century: 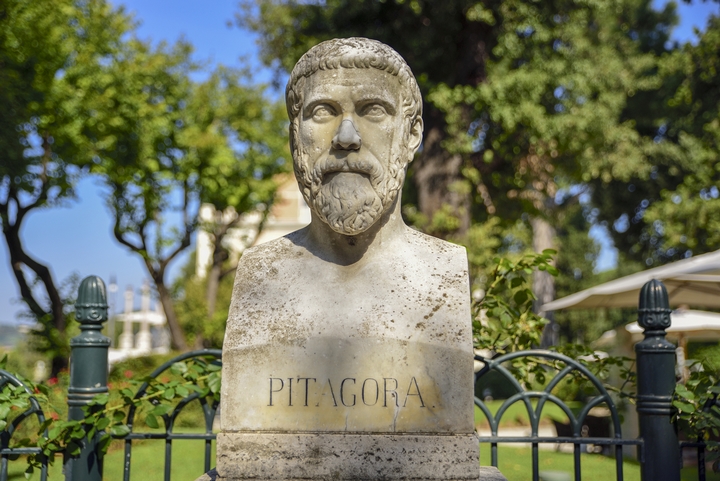 Pythagoras is very likely best remembered for his Pythagorean Theorem for figuring the area of a right triangle, which is fundamental to geometry, but the Greek thinker was responsible for a number of scientific and mathematical discoveries and a major influence on Plato. Committed to a communal and ascetic humanistic lifestyle, Pythagoras founded a school whose members were sworn to secrecy and lived according to his teachings. He was said to be against violence and killing of any kind, including animals.

Modern historians debate whether he personally advocated a vegan lifestyle. In any case, the Pythagoras of history in works by Eudoxus of Cnidus and Ovid is portrayed as compassionate to animals and following Pythagorean meat-free diet to him. 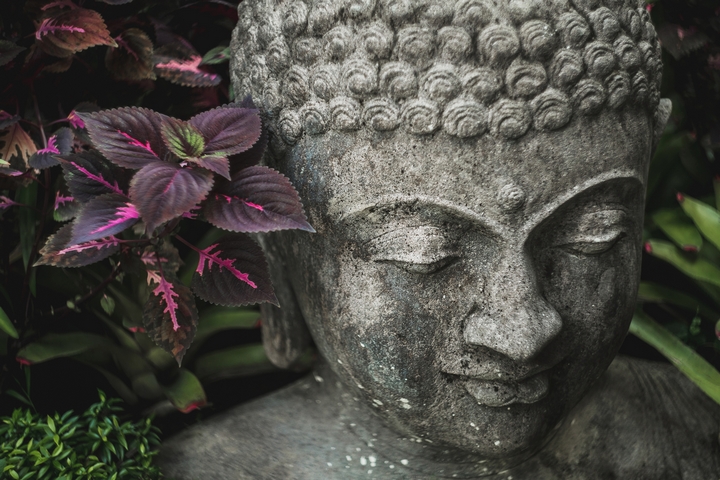 Known as Gautama Buddha and as Siddhārtha Gautama in Sandskrit, Buddha embarked on a long journey in total poverty in search of enlightenment. His journey formed the basis of the Buddhist faith. On this path, Buddha came to advocate for a strict meat- and cruelty- free diet, calling for humankind to prevent animal suffering. 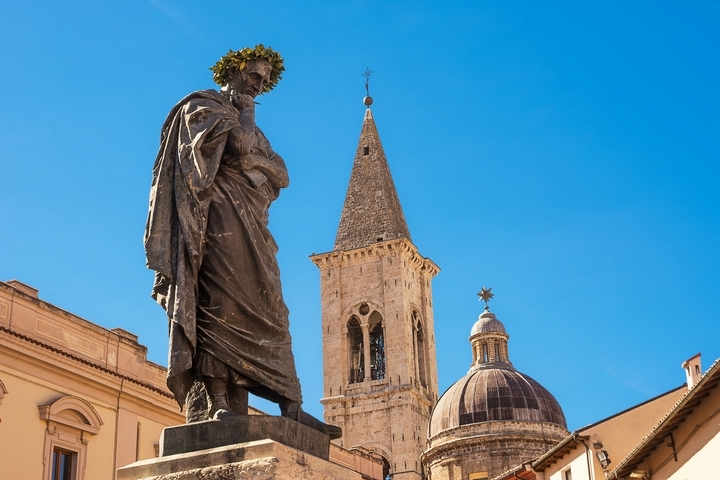 We know that the Roman poet Publius Ovidius Naso, known as Ovid, followed a vegan-like diet because he wrote about the dietary beliefs of another ancient figure: the Ancient Greek philosopher Pythagoras. Like Pythagoras, Ovid was a stoic who believed that one’s conduct should be harmonious with the natural world.

The poetry of Ovid is noted for its emotion and eroticism. For reasons that are lost to history, he spent the last decade of his life in exile in present day Romania, where he is hailed as a national literary hero.

The Arab poet and philosopher al-Maʿarri is a fascinating character who believed in principles of justice and compassion which he extended to the animals and the natural world. He was blind and lived in relative isolation hailing from a region that today belongs to Syria, where his beliefs continue to be controversial. He was an ascetic who decried violence, including killing of any kind. In his writing, he denounces eating animal flesh or drinking milk. 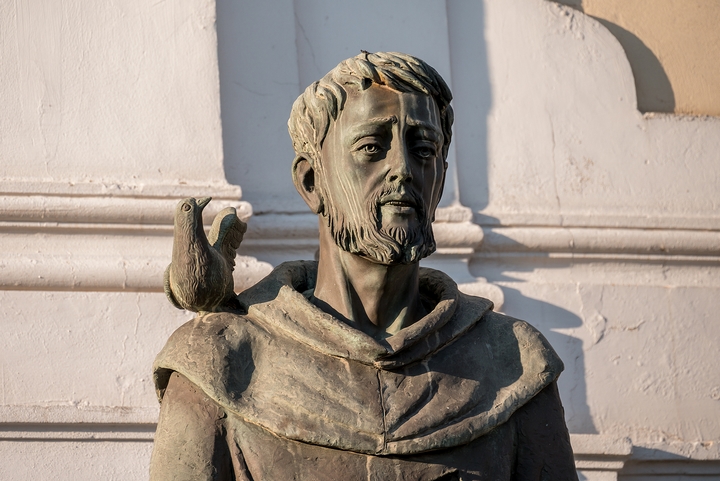 Born Giovanni di Pietro di Bernardone into a wealthy family, St. Francis of Assisi abandoned the trappings of luxury to pursue a divine path exploring the Christian faith after having direct visions of God while in prison. In his lifetime, he founded the Catholic Franciscan Order of friars and the Order of the Poor Ladies for women.

He preached about taking care of all God’s creatures, including the natural world and animals, which he refused to eat. The patron saint for ecologists, his many followers celebrate his feast day by blessing animals. 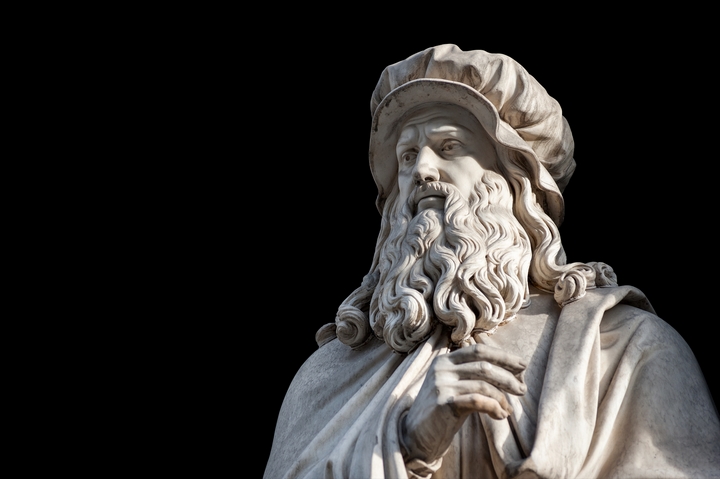 The papers of Leonardo da Vinci show a thinker who devoted time and energy to almost every problem facing human beings imaginable. The work of this definitive Renaissance artist encompassed the study of mathematics, anatomy, engineering, art, sculpture, and aerospace. Da Vinci is said to have read about the life of Pythogoras, concluding that he did not want his body to “be a tomb for other creatures.”

Most famous for his 1759 satirical novella Candide, ou l’Optimisme, the French writer, philosopher and historian Voltaire is one of the most prolific and important figures of the French Enlightenment. Educated in a Parissien Jesuit school, where he would have been exposed to the writings of St. Francis of Assisi, Voltaire was a proponent of religious, political and social liberty. His writings positioned vegetarianism as a virtue of the Enlightenment and continue to be influential.

The English Romantic poet was an original thinker who completed brilliant idiosyncratic works that used images and text like Songs of Innocence and of Experience (1789) and The Marriage of Heaven and Hell (1790 and 1793) while living an artist’s life of poverty and obscurity. He wrote passionately about the virtues of diet that avoided violence. He was discovered and celebrated very late in his life and his influence in art and literature cannot be overstated.

It is fitting that author best known for grotesque descriptions of the rotting flesh obtained by grave robbing to assemble the monster at the heart of her novel Frankenstein (1818) also avoided consuming animal flesh. Shelley shared her meat free diet with her husband Percy Bysshe Shelley (1792-1822), making her one of the most famous vegans in history. Her mother feminist pioneer Mary Wolstonecraft (1759-1797) also was a principled vegetarian.

American founding father and Renaissance man Benjamin Franklin was a proud vegetarian, who called eating animals “unprovoked murder.” In his autobiography he discussed becoming a vegetarian at the age of 16.

Susan Anthony, a Quaker, believed in all forms of social justice, including suffrage, women’s rights and the abolition of slavery, which was nearly unheard of in her time. She was also active in the animal welfare movement of the 19th century, speaking at the first meeting of American Vegetarian Society. Her struggle was met with considerable opposition but by her 80th birthday, she would be invited as an honored guest of the President William McKinley at the White House. She is the first woman and the only non-meat eater ever to have her likeness grace US currency.