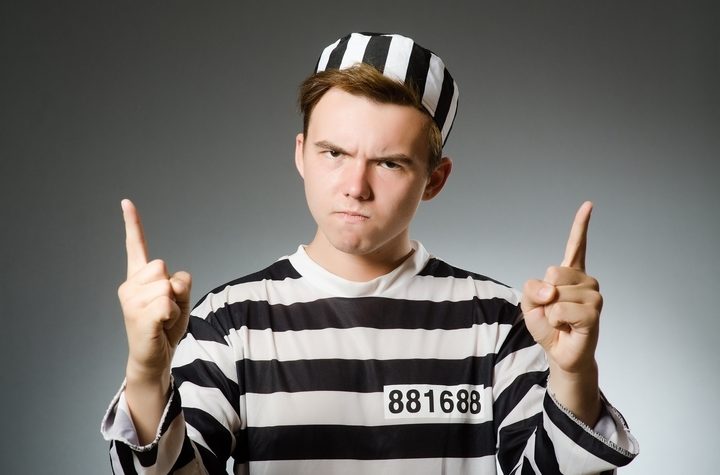 6 Most Famous Criminals and Their Infamous Crime Sprees

There’s something oddly interesting about learning more about the worst that humanity has to offer. Some call it morbid curiosity, in fact. However, the only thing to be certain of is that the general public has a fascination with crime and the criminals that commit them.

Luckily, that interest can be useful in a variety of ways. People can learn how the more dangerous individuals of the world operate, the warning signs to look out for, and the fate that befalls those who step over the line of morality and legality. We will exploring the cases behind these six famous criminals and their infamous crime sprees:

The era of American Prohibition brought forth more than a few interesting individuals of the criminal variety. Al Capone was one of the most famous criminals from that time, as he ruled over something of a criminal empire. One fueled by the vices of illegal alcohol, gambling, and prostitution.

Of all things to go down for, Capone’s crime streak ended when he plead guilty to tax evasion and prohibition charges. These charges sent him on a trip to the dreaded prison island of Alcatraz. He served his time, but he simply wasn’t capable of going back to his old ways upon release.

A Colombian drug lord, thousands of murders could easily be attributed to the fearsome Pablo Escobar. He was capable of controlling numerous drug empires at once, making him one of the most famous criminals and most dangerous men on the planet at one time.

The fruits of his ambition also had an awful impact on the world, as well. During his career as a crime lord, the levels of crime rose dramatically in his homeland of Colombia. Escobar’s reign came to a sudden end when he was killed in December of 1993.

Less of a common criminal, and more of a very dangerous terrorist, Ted Kaczynski was responsible for more than a dozen bomb attacks across the United States. His campaign of terror lasted from 1978 to 1995, and was centered around his desire for the “destruction of the worldwide industrial system.”

Dubbed the “Unabomber,” Kaczynski was clearly unwell, but lethally smart. The biggest reason that he was caught was due to the fact that his brother, David Kaczynski, tipped off the FBI about his brother’s possible terrorist activities.

The American Civil War gave way to a wave of rebellious outlaws following the fall of the Confederacy. Jesse James, a confederate guerilla fighter, went on to become a legendary gang leader using the skills he mastered during the war. However, he eventually became a sympathetic, Robin Hood-esque character in time.

The gang attributed to James was known as the James-Younger gang. Together, the team of bandits would rob banks, take trains hostage, and were known to murder people on occasion. His notoriety as one of the most famous criminals was magnified after his death, as his passing became a national sensation on par with that of President Abraham Lincoln.

One of the more gruesome and unsettling criminals of recent times, John Wayne Gacy was convicted of murdering a staggering 33 young men. The murders occurred between the years of 1972 and 1978. However, the number of murders committed by him were not quite as shocking as the nature of them were.

Gacy took on the persona of “Pogo the Clown” during his time as a serial killer. This earned him the moniker of “The Killer Clown.” While a large amount of discarded corpses were found beneath his home, Gacy often bragged that he was responsible for far more unsolved deaths than that. In the end, Gacy was caught, served time under the criminal law system, and was finally sentenced to death in 1994.

There’s quite a bit of story behind Jim Jones and the tragedy of Jonestown. It all began when Jones, a deranged man who exhibited large amounts of charisma, started a cult. Said cult was called “The People’s Temple,” and consisted of nearly1000 followers. He gained this mass following by appealing to individuals who were seemingly lost or alone in the world.

However, Jones was incredibly unstable and soon became weary of government monitoring. To combat this, he moved his cult to a Guyana-based compound which the world would soon come to know as “Jonestown.” Naturally, this drew the attention of the government, and Californian congressman Leo J. Ryan went to Jonestown to get the full story of the cult.

Ryan toured the facility and apparently noticed that things were amiss for in the People’s Temple. The congressman attempted to leave with various cult members who wished to escape Jones’ rule. Angered by this, Jones ordered Ryan to be gunned down.

After this incident, Jones ordered a horrific total of 909 of his followers to consume cyanide tablets, effectively ending their lives in a mass suicide. To this day, it is known as one of the largest tragedies to occur on American soil in recent times.