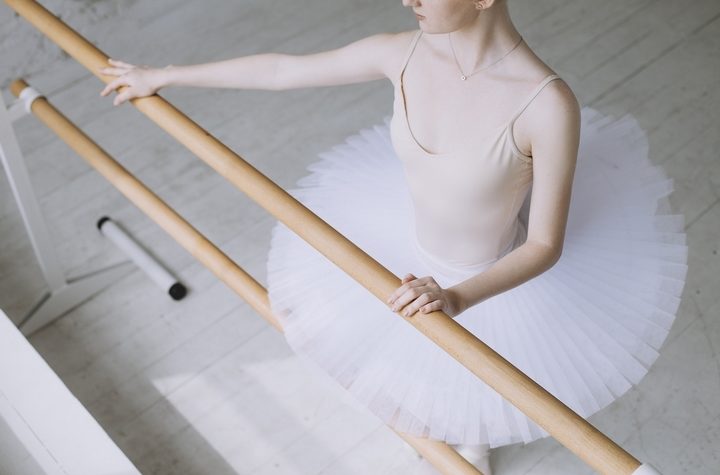 The relationship between dance and film is almost as old as the medium of cinema itself. The earliest known dance preserved on film took place in 1894, when inventor and patent wizard Thomas A. Edison filmed a dancer named Ruth Dennis performing a routine outside his Black Maria studio. Two years later, the French cinema pioneers the Lumière brothers filmed Loie Fuller’s Danse Serpentine and added it to their traveling projection show.

The arrival of sound in the late 1920s introduced the musical film genre, which quickly became a popular showcase for music and dance. This list surveys some of the best dance movies of all time, including films with tremendous dance scenes of many different style as well as films about the worlds of dance.

Shall We Dance is one of the best dance movies ever made. This most expensive romantic musical comedy was made by Fred Astaire and Ginger Rogers for RKO in the 1930s. The choreography by Hermes Pan and Astaire highlights a broad range of styles including swing, jazz and ballet.

The seventh of ten Astaire-Rogers collaborations, Shall We Dance tells the story of an American dancer introducing modern jazz and swing to a Russian ballet company on tour. The music was composed by George and Ira Gershwin and includes favourites “They All Laughed” and “Let’s Call the Whole Thing Off,” and “They Can’t Take That Away from Me.”

Hellzapoppin’ is cult-dance comedy classic made at Universal Pictures in 1941, based on the hit Broadway show. That’s also what the film is about: two stage comedians struggle to turn a hit Broadway show into a movie. The film is notable for breaking the fourth wall and features comedian Shemp Howard, later of the Three Stooges.

The centrepiece of the film is a memorable jazz and lindy hop dance sequence that is one of the best ever committed to film. It is performed by Whitey’s Lindy Hoppers led by Frankie Manning and Norma Miller. Choreographed by Manning, the athletic dance routine dazzled audiences for over 5 minutes, uninterrupted.

When it appeared in 1943, 20th Century Fox’s Stormy Weather was billed as all-black extravaganza that sought to showcase the premier African American talent of its day including stars Lena Horne, Bill “Bojangles” Robinson, and Cab Calloway. With 20 full musical and dance numbers, the talent on display in the film is monumental. Stormy Weather features one of the most electric dance performances of the famous the Nicholas Brothers ever.

On stage, Fayard (1914-2006) and Harold (1921–2000) Nicholas developed an acrobatic style called “flash dancing.” The Nicholas Brothers’ virtuosic dance performance to the tune of “Jumpin’ Jive” performed by Cab Calloway and his orchestra is one of the best examples of their work. Viewers should be aware that the film reproduces the racist attitudes of the era and leans heavily on the complex and uncomfortable traditions on minstrelsy, but it is one of only ways see some of these legends perform.

Much loved by cinephiles and dance lovers everywhere, The Red Shoes (1948) is one of the best dance movies made by the filmmaking team known as the Archers (Michael Powell and Emeric Pressburger). The film stars Moira Shearer as young ballerina who enters a demanding dance company ruled by a ruthless impresario (Anton Walbrook).

The film showcases a long and elegant ballet dance sequence, which was choreographed and danced by Australian ballet star Robert Helpmann, Shearer and company based on the Hans Christian Andersen fairy tale of the title. The sequence is pure blend of cinema and dance that imaginatively makes use of Technicolor with tremendous cinematography by Jack Cardiff.

An American in Paris was Hollywood’s response to The Red Shoes. The musical builds up to a complex fantasy jazz ballet (17 minutes long!) danced by stars Gene Kelly and Leslie Caron to music by the Gershwins.

Even though some prefer Singin’ the Rain, An American in Paris is one of the best examples of the lush Hollywood musicals produced by the famed Freed Unit at MGM. Kelly’s performance was honoured with a special Oscar from the Academy that cited “his versatility as an actor, singer, director and dancer, and specifically for his brilliant achievements in the art of choreography on film.”

In Saturday Night Fever, John Travolta plays Tony Manero, a working-class young Brooklynite from Bay Ridge who lives for showing off his skills on the dance floor at the local discothèque. The dance sequences in Saturday Night Fever helped establish the popularity of the disco subculture, making discothèques a 1970s icon. The film was even a favourite of the late critic Gene Siskel, who purchased John Travolta’s famous white suit in 1979.

When it was released in 1987, Dirty Dancing was a phenomenon that revitalized the movie musical for the 1980s. So popular as an “‘80s movie,” many people forget that the film is actually set at holiday camp in the Catskills in the 1960s. Jennifer Grey plays Frances Houseman, who goes by the nickname Baby, and falls in love with an attractive dance instructor played by Patrick Swayze.

One of the things that draws so many fans to the film is the romance across the tracks themes based on a shared connection through dance. The film’s choreographer Kenny Ortega actually trained with legendary Hollywood leading man and dancer Gene Kelly. Much like classical the principal cast were selected for their ability to both dance and act, which is evident in the film’s centerpiece, the dance productions set to the Academy Award winning original song, “(I’ve Had) The Time of My Life.”