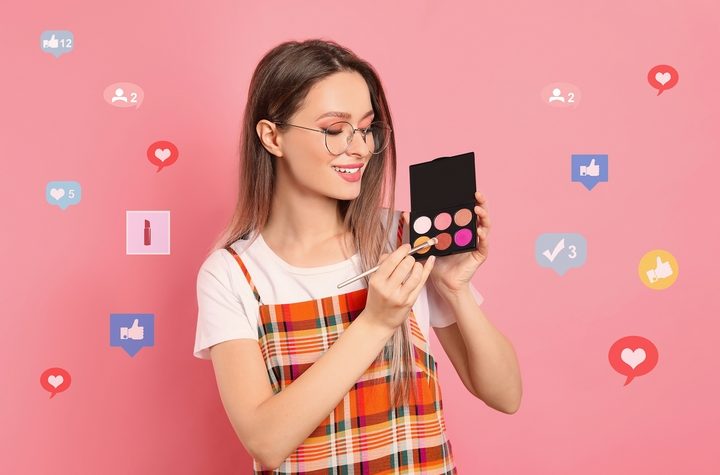 7 Famous Makeup Artists You Should Follow on Social Media

The art of applying makeup is one that always draws thousands upon thousands of eyes to the artist’s new creation. The age of social media has made getting a glimpse of these artworks all the easier. There are entire sections of the internet dedicated to famous makeup artists, also affectionately known as beauty gurus.

With so many makeup artists out there on social media, it takes someone of truly incredible talent to stand out against the masses. While a number of makeup artists are self-taught, others are professionally trained in certified makeup schools. Since these makeup artists have extensive knowledge about cosmetics, they are usually among the best beauty gurus to follow on social media.

As one of the most influential and famous makeup artists in the world, it is only natural that she find her way into these entries. Even if you are unfamiliar with this makeup artist, there is a great chance that you’ve seen her work at some point in your life.

Both a powerful artist and a successful CEO, Brown also has her very own cosmetics company, Bobbi Brown Cosmetics. Beyond that, she is The Today Show’s beauty editor, as well. If you are a fan of catching up on the news of the day, it is extremely likely that Bobbi Brown’s work has made it’s way into your life.

Any fans of the Lord of the Rings films will be familiar with the work of this famous makeup artist. Richard Taylor has been the recipient of 5 Oscar awards, 4 BAFTAs, as well as many other hard-earned awards, solidifying his place as one of Hollywood’s premiere makeup artists. Taylor is also the co-founder and co-director of Wellington’s Weta companies, which rounds out an already impressive resume.

Sitting at an always growing 6.3 million followers on Instagram, it is clear to see that Mario Dedivanovic is a famous makeup artist who knows his stuff. As the makeup artist for the Kardashian family, it is easy to see why he really carries some sway within the makeup circles of social media.

When Mario Dedivanovic speaks, people listen. As such, it wouldn’t be a terrible idea for anyone interested in seeing the newest makeup tips and tricks to toss him a follow on Instagram.

When an artist gets recognition for their efforts, it really shows that they’re capable of successfully touching someone with their art. However, when a famous makeup artist receives recognition from Vogue magazine, it probably means that they’re among the best of the best. As you may have already guessed, Pat McGrath is one of those top-tier makeup artists that has been prominently featured in the stylish magazine.

She has also worked her magic on many different celebrities, such as Madonna, Jennifer Lopez, and Jennifer Aniston, along with many more incredibly relevant celebrities. More recently, however, she has been Procter & Gamble’s Global Cosmetics Creative Design Director.

When looking up Nam Vo on Instagram, it’s immediately clear as to why you may want to pay attention to her work. In only a few images of her efforts in highlighting, you may be able to recognize that she is among the best highlighting artists ever to grace the site. Once you’ve established that she is one of the masters, then you’ll more than likely stick around to see some of the tips that she dishes out regularly.

Another Instagram user’s feed that will be incredibly useful to many people is that of Violette. This French makeup artist can be seen applying her work to models regularly while also allowing viewers to learn a neat trick or two on how to achieve those elusive perfect red lips. Of course, you’ll more than likely learn plenty of other things, as well!

Charlotte Tilbury is an artist who also has a pretty killer makeup line that you’ll definitely want to check out. Of course, you’ll be able to see the products on her Instagram, where she will also show you how to properly use them, as well. Once you see her give clients the most mind-blowing looks with stunningly simple methods, you’ll more than likely want to wait around to see more of her magic in action.

Whether it be skin, eyes, contour, or lips, Charlotte Tilbury will be able to show you how to apply makeup for otherworldly looks that will have many people seeking your newly found wisdom, as well. Of course, you’ll do well to share the magic of her Instagram if anyone gets too interested in where you’ve learned your secrets, right?