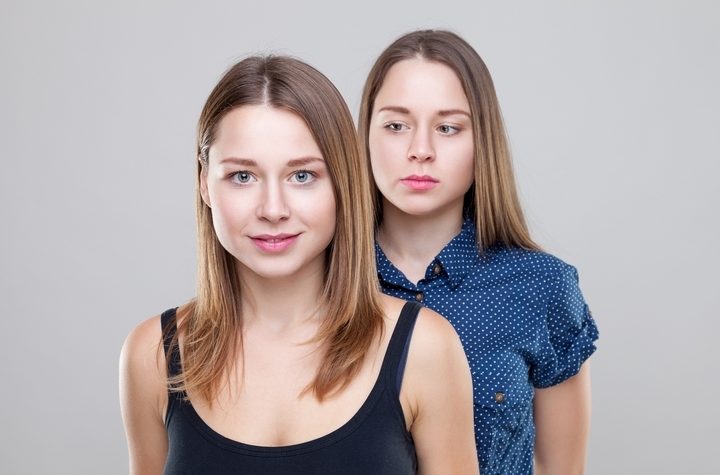 7 Most Famous Identical Twins in the World

The percent of people born with a twin increased significantly over the years. Today, one out of every 30 babies born is a twin. Twins can be fraternal where they look alike, or identical. Only one in 250 babies born are an identical twin where the twins share similar a genetic make-up. Despite these long odds, we see plenty of identical twins in the public sphere spread across a wide variety of claims to fame. Some, like the Olsen twins, are famous identical twins. In other cases, we find a celebrity will have a less famous identical twin such as Oscar award-winning actor Rami Malek. You’re more than likely to recognize some of these famous sibling sets.

Here are seven of the most famous identical twins in the world:

Born on November 25th, 1981, these two were the first famous identical twins to ever be part of the First Family. As such, they’ve come to be known as ‘The First Twins’. Since becoming adults, the sisters have taken an active role in charities, primarily focusing on promoting education and are known for their writings, including a joint memoir.

Ann Landers and Abigail Van Buren are two of the most well-known US columnists in history. These famous identical twins have hosted a number of different columns over their careers, including most notably the famous ‘Dear Abby’. The sisters reached over 200 million people with this column alone and were known to receive up to 15,000 letters from readers each week. They were born on July 4th, 1918 in Sioux City, Iowa. The sisters were inseparable for most of their lives. They even had a joint wedding!

Possibly the most famous identical twins to have ever been in show business, the Olsen twins hit it big sharing the role of Michelle on the show Full House. The fact that the Olsen sisters were twins is the reason they were cast. Then and now, television production has stringent rules regulating the hours a child actor can work. In order to work around these restrictions, some shows cast twins in a single character. By switching the Olsen twins out for different scenes, the amount of filming that could be done with the character was effectively doubled. Although Full House is their claim to fame, the Olsen sisters have since gone on to a multitude of highly profitable entrepreneurial pursuits.

You might be familiar with this pair if you’ve seen the film The Social Network, which chronicled the advent of Facebook and Mark Zuckerberg’s rise to power. The twins approached Zuckerberg with their idea to create a social networking site for Harvard students and alumni. This was an idea they later claimed Zuckerberg had stolen and repurposed as Facebook. The Winklevoss Twins are also known for their athletic talents, having gone to the 2008 Olympics for men’s rowing. Despite their setback with Facebook, the famous identical twins continue to pursue entrepreneurial opportunities and in large part due to an investment in Bitcoin, have a net worth of over $600 million today.

Brie and Nikki Bella, born November 21st, 1983, are collectively known as The Bella Sisters, a WWE professional wrestling tag team. The sisters rose to fame within World Wrestling Entertainment in 2008. They’re known for a move they call “Twin Magic”. In 2011, they became the WWE Diva Champions. The sisters also have a wide media presence, having appeared in the E! Network

shows Total Divas and Total Bellas, and also a variety of WWE programs. They were also the voices and inspiration for ‘The Boulder Sisters’ in the Flintstones-WWE mash-up Stone Age Smackdown!.

These notoriously violent English gangsters were born on October 24th, 1933, in London, England. Known together as the Kray twins, the two famous identical twins were part of a gang called The Firm, something they founded in their youth. In their prime, the Kray twins were thought of as the most dangerous criminals in the East End of London. They committed a wide array of violent crimes, from robbery to firebombing. The two were eventually convicted of murder in 1968 and sentenced to life in prison. Their story has been told in two films, 1990’s The Krays and 2015’s Legend.

Jon Heder is best known as the star of the indie hit film Napoleon Dynamite, which briefly held the record for most valuable film of all-time when comparing box office gross to budget. He and his brother Dan were born on October 26th, 1977, in Fort Collins, Colorado. Jon went on to see another hit just two years later in The Benchwarmers. Jon’s brother, Dan, is also active in the film industry. He works as a pre-visualization artist, handling the visual and computer graphic effects for complex modern movie scenes. You might have seen some of his work in films like Guardians of the Galaxy Vol. 2 and The Edge of Tomorrow.