Google To Replace Texting: Here’s 5 Things You Need to Know

Okay, so the good here is that texting will soon be as fun on Android phones as it is in the iMessages platform in Apple. Google has already hinted of its plans to add typing indicators to its chat technology with other features as well like bigger, video and read receipts, and full-resolution images. The main purpose of this giant move by Google is to try and keep up with the current change in technology and the demands of new and unique features. In other words, Google is trying to avoid being left in the dust by other websites like WhatsApp, Facebook and all the other masses of messaging apps.

Anil Sabharwal, the current vice president of Google, told the Verge that he is planning to add smart replies, Google Assistant, as well as Google Photos into its chat. Consumers should also expect stickers and GIFs to be among the expected features. These are practically some of the most standard features you will find most messaging geeks using on their phones while texting. 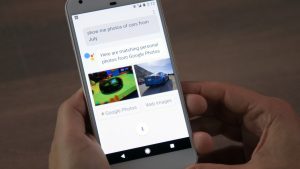 Google has no intentions of creating a whole new app that every other phone developer will have to incorporate into their phones. But it intends to make these new messaging features tune with the already installed and available messaging app you already have on your android phones. Samsung has already rolled out its own messaging app which will support chat 100%. If you can’t find the Android Messages application on your brand-new phone, then you can simply download it from the Google play store. Chat will not, however, offer end-to-end encryption as with Apple’s iMessages. 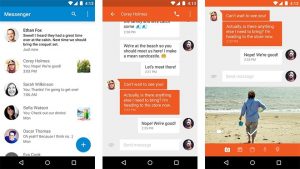 Chats are now based more on the new messaging standard that Google has already cajoled partners for supporting the new RCS, Rich Communication Services. The RCS is set to replace what we know today as SMS which most of android testers are currently working on.

Google’s chat will not offer end-to-end encryption as Apple’s iMessage or even Signal. But you should expect it to follow the same legal standards as SMS for its messages. 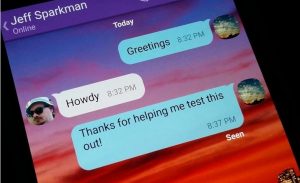 Google isn’t the only OS maker who has shown interest in the universal profile for the Rich Communication System; Microsoft seems to be also on board and interested to incorporate this new feature in its PCs. And we still can’t tell whether it will mean that a chat-supporting application will soon be rolling out in the android, windows 10 store, but the door seems to be open to all possibilities. 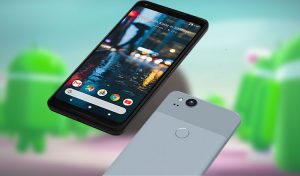 However, timing is TBA here. Google expects that by the end of 2018, most of the mobile carriers should have followed through in this new tech feature and innovation. But still, we should expect that some of these carriers may dawdle which makes it less likely that all of the customer service lines to get the Chat feature by then.