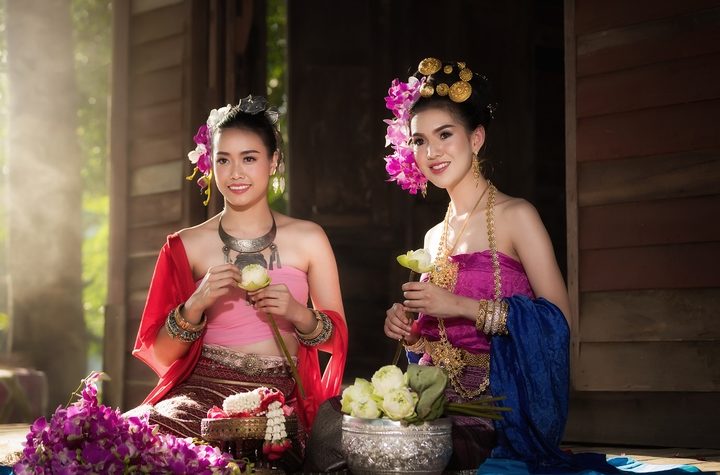 Top 10 Most Famous People in Thailand

Thailand, the land of smiles, is known for its ornate temples, its beautiful beaches, its incredible sceneries, and its amazing cuisine. The country is also known for the warmth and generosity of its people.

Here is a list of the top 10 most famous people in Thailand.

Tatchakorn Yeerum, known in Thailand as Jaa Phanom, and internationally as Tony Jaa, is an actor, an action choreographer, a stuntman, a director, a martial artist, and a Buddhist monk. He was born on February 5, 1976 in the province of Surin, Thailand.

As a young boy, he was inspired by the films of Bruce Lee, Jackie Chan and Jet Li, and he wanted to be able to do what they did. He began training in Muay Thai when he was 10 years old. He is one of the most famous people in Thailand films.

Suvanant Kongying, known by the nickname Kob, is considered by many to be Thailand’s most famous actress. She was born on July 28, 1978 in Bangkok.

She has starred in many lakorns, which are a very popular genre of fiction in Thai television. She has appeared in a few movies, she has been a host for three television shows, and she has sung a few pop songs as well.

Apichatpong “Joe“ Weerasethakul is an independent film director, producer and screenwriter. He was born on July 16, 1970 in Bangkok. His fans call him by the nickname Joe.

He has directed many films and short films which often have an unconventional narrative structure, and in which the Western perception of his country is a recurrent theme. He is also known for working with people who are not actors.

Parinya Charoenphol, known by the nickname Toom, is a former Muay Thai champion, a Thai boxer, an actress and a model. She was born on June 9, 1981.

She used to be a kathoey, which is a Thai word that refers to a transgender woman. She joined a Muay Thai camp with the goal of earning money to support her parents, and to get a sex reassignment surgery, which she got at 18 years old. She is one of the most famous people in Thailand boxing.

Laila Boonyasak, nicknamed Ploy, is a film and television actress as well as a model. She was born on September 15, 1982 in Bangkok.

She has won many awards for her talent as an actress, mostly for her role in the movie The Love of Siam. She has also been a mentor on a few seasons of The Face, a Thai reality television modelling competition series.

Kunpimook Bhuwakul, known by the nickname BamBam, is a singer, a rapper, a songwriter, a record producer and a dancer. He was born on May 2, 1997 in Bangkok, and he has been a member of the South Korean boy band Got7 since 2010.

He has appeared in a few movies and television shows, and he has directed a few videos for his band. He launched a limited edition clothing brand in 2017, and the proceeds were donated to Water.org. He is a popular icon among international fans and Thailand tourists.

Rhatha Phongam, known by the nickname Ying, is an actress and a singer who was born on May 19, 1983 in Bangkok. She also has a bachelor and a master’s degree in Communication Arts.

She is mostly known to Western audiences for her roles in the movie Only God Forgives, but she has starred in several movies, television series, and plays. Her discography includes three solo albums, and she has participated to a few special albums with other artists.

Utt Panichkul is a Thai-American actor, television host and model who was born in California on September 3, 1973. He became known for being a VJ for MTV Asia for more than 15 years.

He has appeared in a few films and television shows, and he has been the Director of Entertainment at IN Channel, in Thailand. He is currently Director of Beam Artistes in Singapore.

Krissada Sukosol Clapp, also known as Noi, is a Thai-American actor and pop singer who was born on December 26, 1970 in Bangkok. He is part of the Thai band Pru.

He has studied at Boston University, and he has worked as a waiter in New York City while auditioning for different roles in theater plays. His filmography includes 8 movies: he began acting in 2003 in a movie co-directed by Apichatpong Weerasethakul.

Anne Thongprasom is a film and television actress, hostess and producer who was born on November 1, 1976 in Bangkok. Her acting career began when she was 13 years old, when she appeared in a music video for the singer Pisoot Supwijit.

She started becoming famous when she played the role of her own twin in the lakorn Song Naree, a role that was considered to be very challenging.