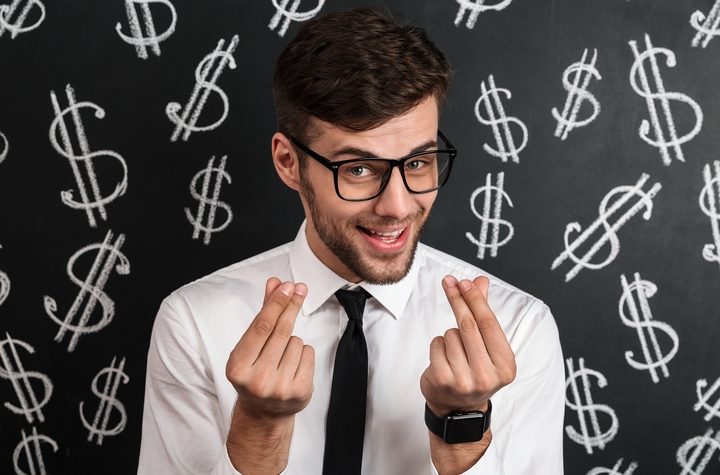 Top 14 Richest Entrepreneurs in the World

With the release of Forbes’ annual billionaires list in March, we’ve chosen to highlight some of the world’s richest entrepreneurs culled from the 2,153 billionaires who made the cut in 2019. These are all individuals who have started and grown businesses in the last few decades, achieving massive success in their respective fields.

Here are the top fourteen richest entrepreneurs in the world and their respective net worths:

Jeff Bezos founded eCommerce giant Amazon in 1994 when the Internet was such a smaller world than it is today. Although much of 2019 has been dominated by struggles in his personal life, entrepreneurship is still where his passion lay as he continues on as CEO of Amazon which brings in $230 billion in annual revenues as well as owns The Washington Post and the aerospace company Blue Origin.

Amancio Ortega is the wealthiest fashion retailer in the world, having co-founded Inditex in 1975. Now operating more than 7,500 stores internationally, Ortega oversees brands like Zara, Pull & Bear, and Massimo Duti.

Larry Ellison co-founded customer relationship management software Oracle way back in 1977. Although he stepped down as CEO in 2014, he still acts as Oracle Chairman in addition to being Chief Technology Officer. Larry Ellison also launched a wellness start-up in March 2018 called Sensei who is currently working on hydroponic farming in Hawaii.

As easy as he is to criticize at times, Mark Zuckerberg is still a key figure in entrepreneurship taking Facebook from concept through to one of the world’s biggest brands. Although Facebook’s grown to such an extent that it has been hit again and again with criticisms, scandals, and debates, Zuckerberg continues to successfully oversee and represent the brand he founded.

Michael Bloomberg worked his way up from an entry-level investment banker job on Wall Street in 1966 to co-founding Bloomberg LP in 1981, a financial information and media company. Achieving success in private and public sector as a former Mayor of New York, Bloomberg’s entrepreneurial exploits have been seconded by a desire to run for the US presidency in 2020.

Ma Huateng co-founded Chinese Internet giant Tencent which is one of the country’s biggest businesses. Under Huateng’s guidance, Tencent owns the WeChat app, has a music-streaming service in Tencent Music, and has made strong investments in key categories.

Jack Ma co-founded the international eCommerce company, the Alibaba Group. As a former English teacher, he’s used the fortune he’s made from Alibaba to make investments in the Chinese entertainment industry. Jack Ma has plans to step down as Alibaba’s Executive Chairman in late 2019.

After working as a steel factory technician for over a decade, Hui Ka Yan started real estate developer Evergrande in 1996. He focused on purchasing low-price properties in small markets across China, which has now grown to oversee more than 800 properties in nearly 300 cities worldwide.

A former track runner at the University of Oregon, Phil Knight co-founded Nike with his former track coach. Since then, he has grown Nike to annual revenues over $36 billion. Phil Knight recently stepped down as its Chairman in June 2016 after 52 years at the helm.

Li Ka-shing used $6,500 in savings and loans from family members to start the plastics company Cheung Kong in 1950 when he was only 21 years old. He is one of the finest examples of an entrepreneur who maximized the value of their business financing. Today he is affectionately known in the Chinese media as ‘Superman’ and is considered one of the most influential businessmen in Asia. For years, he oversaw CK Hutchison Holdings and CK Asset Holdings, and he currently remains as a Senior Advisor to these businesses.

Francois Pinault started Kering as a wood and building materials company in 1963. For years, Pinault oversaw Kering’s growth however in 1999, he decided to change the direction of his business by purchasing a controlling stake in Gucci Group. Continuing to pursue luxury goods in the two decades that followed, Kering now owns Gucci, Alexander McQueen, Saint Laurent, and has investments in various other luxury brands.

A post shared by Resilient Media Entertainment (@resilientmediaentertainment) on Oct 27, 2017 at 3:01pm PDT

Leonid Mikhelson is the founder of Russian natural gas producer Novatek. He also owns a 48 percent stake in petrochemical company Sibur, is believed to have close ties with President Vladimir Putin, and has significant political power in Russia.

A post shared by Resilient Media Entertainment (@resilientmediaentertainment) on Aug 30, 2018 at 6:29am PDT

India’s Azim Premji gave up his education at Stanford University in 1966 to look after his family’s cooking oil business, Wipro, following the death of his father. As he expanded not long after into software, the company now generates $8.4 billion in annual revenues, has an innovation centre in Silicon Valley, and Premji continues to manage it all.