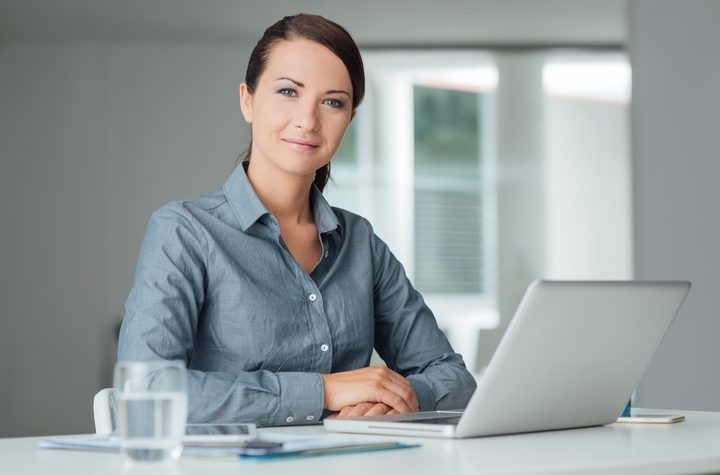 10 Most Famous Female CEOs in the World

CEO stands for Chief Executive Officer, which is the highest-ranking executive in a company. A great CEO needs to be a natural leader, but also to be able to take calculated risks, to innovate, to trust others, and to take action when the time is right.

Here are 10 female CEOs who had all they needed to make it to the top of Fortune 500 companies.

Mary Barra is the CEO and Chairwoman of General Motors, a company now holding the 10th position on the 2018 Fortune 500 list. She is the first female CEO of a major global automaker, and she has held that position since January 2014.

She started working for General Motors when she was 18 years old, and has since then held many different positions before become CEO. Forbes has listed her as one of the most powerful female CEOs in the world, more than once.

Gail Koziara Boudreaux was named CEO of Anthem in November 2017. Anthem is an American health insurance company that now ranks 29th on the Fortune 500 list. Naturally, she is one of the most famous female CEOs in the healthcare industry.

Before becoming CEO of Anthem, Gail Boudreaux used to be CEO of UnitedHealthcare, a position she decided to leave in 2014 to form her own healthcare consulting company. She has also been named one of the most powerful women in the world.

A post shared by Tenisha F Sweet NYCHairstylist (@tenishasweetbeauty) on Nov 2, 2018 at 7:40am PDT

Virginia Marie “Ginni” Rometty is the Chairwoman, President, and CEO of IBM, as well as being the first woman to lead this information technology company. IBM now ranks 34th on the Fortune 500 list.

Ginni Rometty started working for IBM as a systems engineer in 1981. She eventually made it to the position of general manager, before being named CEO in January 2012. She is the ninth person to hold that title in the history of the company.

Indra Nooyi, an Indian American woman, became the CEO of multinational food, snack and beverage corporation PepsiCo in 2001. The company now ranks 45th on the Fortune 500 list. She is one of the most accomplished female CEOs of Indian ancestry.

Indra Nooyi first joined PepsiCo in 1994, and since becoming CEO, she has been working on restructuring the company. She has classified the company’s products in 3 categories: the ones that are “fun for you”, “better for you”, and “good for you”.

Marillyn Hewson joined Lockheed Martin in 1983, and held different executive positions before being named CEO in January 2013. Like many women on this list, she has been named one of the most powerful women in the world by Forbes.

Safra A. Catz has been working as an executive for Oracle Corporation since 1999, and she became co-CEO of the company with Mark Hurd in September 2014. The multinational computer technology corporation now ranks 82nd on the Fortune 500 list.

Safra Catz used to be a banker at Donaldson, Lufkin & Jenrette. She first became a managing director, then a senior vice president, before leaving the company in 1997.

Phebe Novakovic is the Chairwoman and CEO of General Dynamics. The American aerospace and defense corporation, which specializes in building tanks and submarines, ranks 99th on the Fortune 500 list.

Phebe Novakovic worked for the United States Department of Defense from 1997 to 2001. She then joined General Dynamics in 2001, and was named President in 2012 before becoming the female CEO in 2013.

Tricia Griffith is the President and CEO of Progressive, an American insurance company insuring automobiles as well as RVs and boats. Progressive currently ranks 112nd on the Fortune 500 list.

Tricia Griffith joined Progressive in 1988 as a claims representative, and became Chief Human Resources Officer in 2002. She was named CEO on July 2016, making her the first woman to hold that position in the history of Progressive.

Lynn J. Good is Chairwoman, President and CEO of Duke Energy, an electric power and gas distributor which now ranks 125th on the Fortune 500 list. She became their CEO in July 2013.

She used to be an auditor for Arthur Andersen & Co., and she broke a few barriers for female working in auditing. She then joined Cinergy Corp., which merged with Duke Energy in 2006.

Michelle Gass became the CEO of Kohl’s in May 2018. She has also been their Chief Merchandising and Customer Officer since June 2013.

Kohl’s is an American department store retail chain that now ranks 157th on the Fortune 500 list. They have more than 1,100 stores across the United States, which makes them the largest department store chain in this country. Her success makes Michelle Gass recognized as one of the best female CEOs of the world.