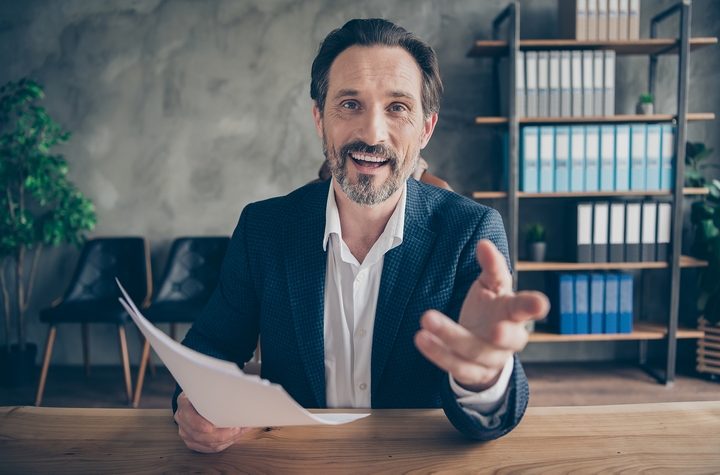 8 Most Famous Entrepreneurs and Their Business Legacies

It takes god-level courage to start a business since many ideas fail. An average business owner is a person courageous enough to chase their dreams. Entrepreneurs make up some of the most influential people when their products change the course of the world as we know it.

From massive social media platforms to the iPhone, the most famous entrepreneurs have changed the world. Like many small businesses, many of the people on this list started with humble beginnings, gaining their skills through practice and entrepreneurship courses. Along their journey, they could build some of the biggest business empires worldwide.

From Oprah Winfrey to Mark Zuckerberg, let’s look at some of the most famous entrepreneurs in recent times:

Bill Gates is one of the most famous entrepreneurs around the world. Before the tech boom of the late 2010s, Bill Gates was the wealthiest person in the world for about 16 years. Now worth over $130 billion, he’s credited as one of the defining people behind the internet revolution.

At a young age, he developed an interest in computer programming, writing his first-ever program at 13. After dropping out of Harvard in his sophomore year, Bill Gates went on to co-found Microsoft, the world’s largest PC software company.

Beyond his ventures in the tech world, he’s also famous for his philanthropic efforts through the Bill and Melinda Gates Foundation.

According to Forbes, Oprah Winfrey is the richest African American woman, worth over $2 billion. Starting as a news anchor in Nashville, the media mogul is one of the most popular TV hosts in the world.

Thanks to her eponymous show produced under her company, Harpo Productions, Oprah Winfrey became a household name in the world of TV hosting. She also published the Oprah Magazine and founded the Oprah Winfrey Network.

Beyond media and publishing, Oprah also gained popularity for other ventures like acting and philanthropy. In 1985, she earned an Academy Award nomination for her performance in the adaptation of Alice Walker’s novel, The Color Purple.

Born in Bristol, this British writer had her fair share of failures before creating one of the most successful book-to-movie franchises of this time. While on a train in 1990, she conceived the idea for the first Harry Potter novel. Unfortunately, experiencing a loss and divorce delayed the completion of the books.

However, she attained success in 1997 when she published the first novel. Within the next decade, the books got the movie treatment, scoring one of the largest fan bases in the world. J. K. Rowling is one of the most famous entrepreneurs because her novels have also inspired a new generation of authors.

If you watched the Netflix mini-series, Self Made, you probably got a brief insight into the life of America’s first documented self-made millionaire, Sarah Breedlove. Born on a plantation to her formerly enslaved farmer parents, Sarah transformed her fortune by selling hair products to Black women in America.

After experimenting with products to tackle her hair loss, she designed beauty products in the 1900s. She gained popularity across the country for providing solutions to an underserved community of Black women in the country.

Starting out creating animations in his studio garage, Walt Disney changed the face of entertainment as we know it. There’s a reason people associate the Disney brand with magical beings and superheroes. Inspired by the mice in his office, he designed the world-famous character, Mickey Mouse.

Riding on the success of this character, Walt Disney hired a team of animators, musicians, and artists to work in his cartoon factory. Before his death, he expanded this factory, from a world of fairy tales to enormous magical theme parks and a world-class movie studio.

Now home to some of your favorite franchises like the Avengers Movies, Walt Disney continues to inspire entrepreneurs decades after his death.

Can you imagine a world without the iPhone today? Thanks to Steve Job’s invention, you can now manage tiny aspects of your life on a wristwatch. Like Bill Gates, Steve Jobs also dropped out of college and created a world-changing device afterward.

Starting building computers, his company, Apple, launched the first line of MacBooks in 1998. After making a triumphant return to the company, Jobs announced the first iPhone in 2008. Although he originally wanted to design a really cool phone, he unwittingly created a line of products that will change the face of mobile technology.

Before the days of ‘taking photos for the gram’, social media platforms like MySpace and Flickr gained popularity in America. However, Mark Zuckerberg became a world-famous entrepreneur thanks to his brilliant innovation, Facebook, which he created at only 19.

Facebook has over 2.7 billion global users, making it one of the most popular social media platforms. The platform also capitalized on the scale and contributed to the current digital marketing industry.

He’s also famous for ventures like Virgin Atlantic Airways, Virgin Mobile, and Virgin Hotels. Beyond his multiple successful businesses, he’s vocal about his failures with brands like Virgin Cola and Virgin Publishing.