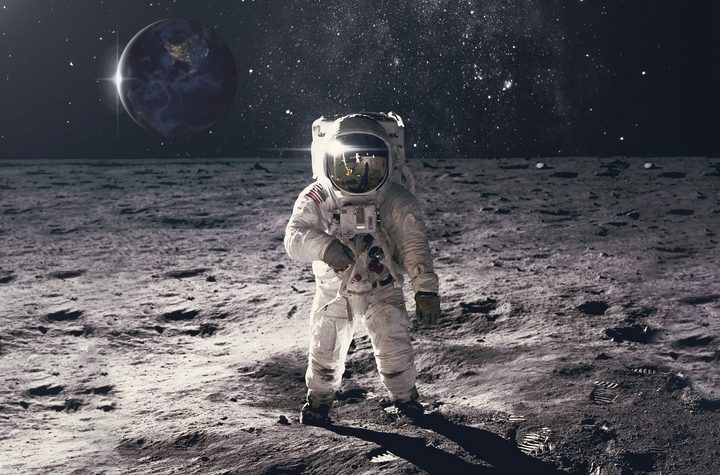 There are many different reasons why the best sci-fi shows appeal to us as TV viewers. The need to escape a boring or painful reality motivates many of us to binge-watch our favourite TV shows. There are also some of us who simply love stories that involve spaceships, androids, aliens, time travel, and alternate dimensions.

The best sci-fi shows often feature storylines with high stakes. There could be heroes who have to save the world, or simply save themselves and their loved ones from a terrible fate. In many of these sci-fi shows, we relate to their emotions, to their struggles, and to their sacrifices. We want the TV characters to win, even if we know they will make a few mistakes along the way.

Fortunately for us, some of the best sci-fi shows can be easily found on Spectrum cable TV services. If you just finished watching your favourite show, and you are looking for something new to watch, we have some of the best TV recommendations for sci-fi fans!

Here are the ten best sci-fi shows of all time on cable television:

Westworld is one of the best sci-fi shows on HBO. This American series was based on a 1973 movie of the same name. It was created for HBO by Jonathan Nolan and Lisa Joy.

In this innovative program, the android hosts of a Western-inspired theme park are programmed to allow their guests to fulfill even their most violent desires. However, a few of them are slowly becoming sentient beings.

Westworld is the name of a Western-inspired theme park where androids are programmed to interact with guests in different narratives, and their memories are erased each time they are killed. But some of these android hosts are awakening to their true nature, and an uprising is on the horizon.

Doctor Who is a timeless favorite included in many lists of the best sci-fi TV shows. This classic British science fiction series has been produced by the channel BBC from 1963 to 1989, and was successfully relaunched in 2005. It was originally created by Sidney Newman, C.E. Webber, and Donald Wilson.

In this program, an extraterrestrial Time Lord called “the Doctor” explores the universe while helping people in need. The show follows the adventures of the Doctor, who left his (or her) home planet in a stolen time machine that looks like a blue British police box. Jodie Whittaker is the thirteenth person to portray the Doctor since the show, which is considered an important part of British pop culture, first aired.

The Expanse started out as a cult favorite on the Syfy channel, but quickly evolved into one of the best sci-fi shows in modern television. This American series based on the novel series of the same name. Those novels were written by James S. A. Corey, which is the pen name of authors Daniel Abraham and Ty Franck, who are writers and producers of the show.

The show follows a group of antiheroes who must try to prevent a war between Earth and planet Mars, two of the largest powers in the colonized Solar System. The Expanse features political drama, exciting space battles, and mysterious alien entities. In the not-so-distant future, humanity has colonized the Solar System, and war between Earth and Mars must be prevented.

The Expanse was originally released on Syfy, but later seasons are continued as part of Amazon’s streaming services.

His Dark Materials is a television series based on the trilogy of the same name, written by Philip Pullman. The sci-fi show has been written by Jack Thorne and produced for BBC, with HBO handling international distribution.

This show features a world similar to ours, but where human souls manifest as shapeshifting animals. A young orphan named Lyra finds herself in the center of a conspiracy which involves a strange particle named Dust, which some believe is the source of human sin. During the search, viewers discover the existence of a strange particle and of other universes.

Star Wars: Resistance is a 3D CGI animated series produced by Lucasfilm Animation. This is one of the best sci-fi shows that can appeal to the whole family, which is very on-brand with the Disney Channel.

The show follows Kazuda Xiono, a New Republic pilot who has been recruited by Poe Dameron to join the Resistance. The young pilot must spy on the First Order, which is threatening the New Republic as well as the entire galaxy. Star Wars fans will be happy to learn what happened shortly after The Force Awakens.

The Passage may be a surprising inclusion in a list of the best sci-fi shows, but this underappreciated TV program has a lot of fans. an American television series based on a trilogy of novels written by Justin Cronin. It was released on FOX, and Ridley Scott was one of the show’s executive producers.

In this show, a mysterious new virus could have the power of curing all diseases, if it doesn’t wipe out humanity instead. Viewers follow the story of a young girl who has been chosen to be a test subject for an experiment with a virus that could potentially cure all diseases. But the medical facility of Project Noah hides a race of dangerous mutants, and the human race is in danger.

Nightflyers is an American horror and science fiction series based on a novella and a few short stories written by George R. R. Martin. It was first released on Syfy.

The sci-fi TV show follows a team of scientists on a mission to try to save the planet Earth. TV viewers follow the exciting journey to contact an advanced alien species aboard a spaceship called the Nightflyer. Unfortunately, many terrifying events occur as a mysterious force is trying to sabotage their important mission.

In this journey of highs and lows, Nightflyers asks us an interesting existential question: does humanity deserve to be saved?

You may not have expected to see a CW show on a list with the best sci-fi shows, but the network has been making an effort to polish their sci-fi offerings in recent years.

Black Lightning is an American superhero series based on a DC comic. It was developed by Salim Akil, and released on the CW. The show features a retired superhero that must go back to being a vigilante to fight a local organized crime group called The 100.

Black Lightning, born Jefferson Pierce, is a superhero who decided to retire after seeing the effects his activities had on his family. However, 9 years later, the metahuman is forced to go back to fighting crime to try to restore peace and order in his community. The show follows his adventures as a superhero vigilante.

Cosmos: A Spacetime Odyssey is an American science documentary television series that can appeal to fans of sci fi shows, and to anyone with a deep interest in science. It was written by Ann Druyan and Steven Soter, and released on FOX and on the National Geographic Channel.

This follow-up to 1980’s Cosmos: A Personal Voyage aims to take viewers to previously uncharted realms. Through an interesting storytelling approach and with the use of animation and computer-generated graphics, this series touches different topics related to the past, present and future of the universe, and to the origin of life.

Hard Sun is a British-American pre-apocalyptic crime drama television series. This excellent sci-fi show was created and written by Neil Cross, and released on BBC.

The show follows two mismatched police officers who discover proof that some major cosmic event will destroy planet Earth in 5 years. These two London police officers must learn how to work together and to deal with the horrible knowledge that the world will end. A counter-intelligence and security agency is trying to silence them, to prevent them from revealing what they have learned.