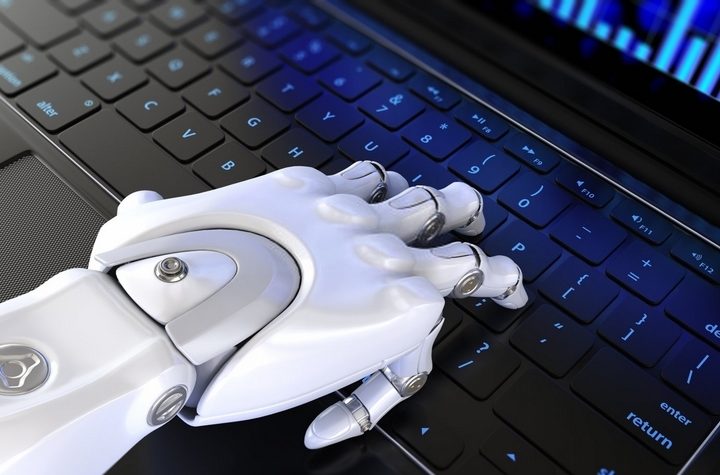 11 Best AI Companies to Invest in for the Future

AI companies are heating up the stock market, with seemingly endless potential and near-promised profitability. Investments in artificial intelligence are revolutionizing various areas of technology, creating new markets for new products and building consumer demand in an organic manner over time.

Despite all the positive words, not every AI company is going to win. These are the best AI companies to invest in reliably for the future:

IBM is one of the best AI companies to invest in. A corporation that was once at the forefront of AI publicity in the 1990s, IBM is still developing impressive AI uses. Some of IBM’s work in artificial intelligence can be found in conversational assistants, financial fraud analysis, customer life cycle analysis, and healthcare insights.

The potential for IBM’s AI-based software to dominate profitable subcategories of AI demand in healthcare and small business is why this stock rates high on our list.

Another great AI company to invest in is Alteryx. Alteryx is an under-the-radar company that specializes in giving data scientists the ability to collaborate with one another and use AI to generate data-based insights.

Alteryx has a predicted revenue growth of 20-30% in the next eighteen months, as its software continues to establish artificial intelligence in the mainstream among unfamiliar consumers.

Dropbox isn’t the trendiest name on this list, but they’re a company that continues to use AI in important ways. Recognizing text for smartphone scanning, content organization, and Dropbox Spaces are all areas where the company’s AI work can be seen.

Since going public in 2018, Dropbox struggled for a bit but has found its footing and saw its first profitable quarter earlier this year. Dropbox remains one of the best USA and Canada AI companies to invest in.

Twilio is a company that builds cloud-based APIs, incorporating features like voice, video, and messaging into different apps. Twilio continues to use AI in minor but creative ways, generating over $27 billion in value. Though one of the more volatile investments on this list, Twilio’s still expected to compound 40-45% annually in profit over the next five years.

AI already powers a lot of processes at Amazon.com, from product demand forecasting to warehousing optimization. Even it’s Amazon Alexa virtual assistant uses AI to continually optimize and improve itself.

Amazon Web Services is the world’s leading cloud provider of AI services. Amazon is making the right moves to one day dominate the space, with a $1 trillion valuation and resources to back it up.

Facebook’s use of AI has been controversial, particularly in improving the news feed algorithm and identifying ‘fake news’ or hate speech. The social media platform still has over 2.5 billion monthly users.

It is unclear what the future has in-store for Facebook and its dwindling popularity, however, the website’s ability to test AI on real-time datasets is what gives them a massive advantage over competitors.

Microsoft’s cloud computing service Azure is where they have centered AI tools for medicine, language, robotics, and more. Microsoft’s best chance at dominating this space is in their relationship with the Elon Musk-founded OpenAI.

As OpenAI seeks to build the first artificial general intelligence, if successful, the commercialization of it through Microsoft would generate the profitability to shoot Microsoft far past its nearest competition.

Salesforce, the well-known CRM software company, has done a lot of acquisitions in tech firms specializing in AI. Bonobo AI is one such example, using AI-based analysis of phone calls, texts, and chats to deliver insights to corporations.

Embedding this type of AI into their already dominating CRM software, this is why many Salesforce has been able to continually generate year-over-year sales growth between 18 and 20 percent every year.

Nvidia is a semiconductor company whose graphics processing unit, or GPU, has been used in autonomous vehicles, gaming consoles and technology, and elsewhere.

Nvidia’s most recent objective has been to partner with automakers offering high-performance GPUs and industry-leading high-end AI technologies. For casual AI investors, this company has a lot of upside.

Netflix is a company that continues to generate record-setting growth year-over-year. Its investments in AI has led to more personalized content for subscribers, decisions on when and where to film a series, and faster post-production work.

Even though Netflix isn’t your traditional ‘AI stock’, the ways in which it continues to use AI has meant a higher degree of success over competitors in the content development space.