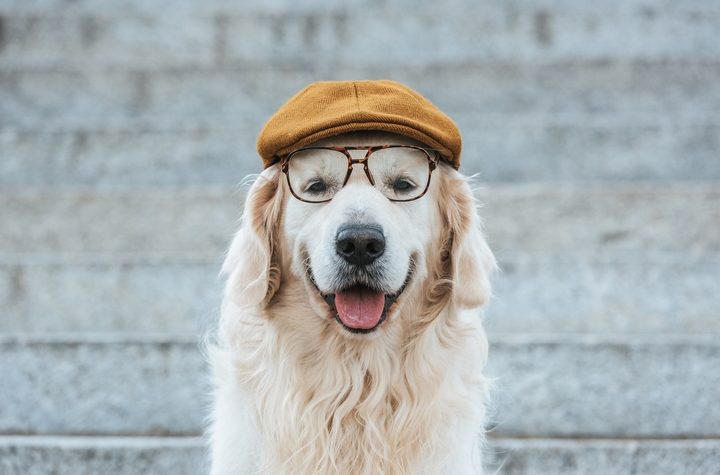 6 Famous Golden Retrievers and Their Legacies

The often friendly and cuddly animal known as the dog has been called “Man’s Best Friend” for centuries, and for a genuinely good reason, too. A well trained and deeply loved dog can be one of the sweetest, most gentle creatures on Earth. Among those sweet, gentle creatures presides the breed of dog known as the golden retriever.

As far as breeds of dog go, it is difficult to find a dog as equally smart, loyal, playful, and gentle simultaneously as the Golden retriever. For this reason, the dog has become synonymous with families, children, and fun in general. As such, many golden retrievers have earned their fair share of fame and adoration over the years. For a few good examples of this, we will be looking at seven deeply beloved golden retrievers who have earned fame in recent years.

The power of the internet has brought the world a great deal many things. Vital information, instant communication, and overwhelming amounts of convenience. Most importantly, however, it has brought us cute animal pictures. Somewhere near the top of those cute photos sits Bailey, an adorable, funny, and famous golden retriever known for staring in photos where she exhibits exceedingly human-like behaviour.

American president Gerald R. Ford was given an 8-month-old puppy by his daughter, Susan Ford. This dog was known as “Liberty,” and quickly became a loved addition to the presidential Ford family. It remains one of the most famous golden retrievers in American history.

Liberty could be spotted in many lovely photos from both the White House, as well as Camp David, and typically cast a favourable light on the president. However, he got the most use from the cuddly friend when he used her as a distraction to end conversations in the Oval Office early.

Winner of the prestigious “Best in Breed” at the Westminster Dog Show, Pinkie is a well known and deeply loved dog who enjoys a life of high class luxury and worldwide recognition. This is all impressive, but it is really only one half of her wonderful story.

The other side of this lovely champion is her motherly side, which she displayed when she served as a surrogate mother to three orphaned tiger cubs. Incredibly, she to the role of mother with ease, even to a small group of tigers. All in all, that’s a difficult achievement to beat.

It is reasonably understandable to not recognize many dog actors, however you would be surprised at just how many iconic dog roles have been shared by the same dog. For example, Buddy the lovable golden retriever was the canine actor between two major dog-based roles in his lifetime.

The first role that the dog was known for was that of Comet on the hit television series Full House, wherein Comet was treated as a member of the family and even served as a type of sympathetic shoulder to some of the younger cast when they had issues in life.

The other, more iconic role, however, is that of Air Bud, where Buddy played a dog who excelled at sports and found himself on a basketball team. This film kicked off an entire series of sports films covering a wide array of sports, with Buddy as the famous golden retriever that everyone recognizes.

Something that is truly astounding about a dog is the sheer resilience that they often display. When this sweet puppy was born blind, he clearly did not let it slow him down, as he still enjoys life to the fullest, having fun just as any other dog would.

He has had so much fun, in fact, that he has become an internet sensation. As it turns out, people love to watch the golden retriever get into antics of all forms. From wearing pajamas to simply playing with toys. Most importantly, though, he is showing thousands of people how deeply a dog can enjoy life, no matter what the world throws at it.

Featured in the 1980s television series Punky Brewster, Brandon the Wonder Dog was a main character on the widely enjoyed show. Brandon served as Punky’s sidekick and closest friend through all 88 episodes of the series.

During the course of the show, the dog actor, also known as Brandon, learned to do many of the amazing tricks that were featured on the show, even riding a skateboard!