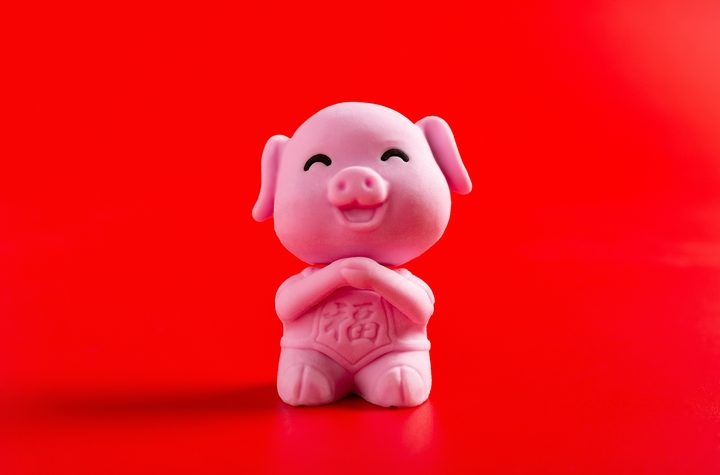 7 Famous Pigs Known Around the World

Pigs are the loveliest creatures on this planet – and in your stomach. They have delectable personalities and your heart melts just interacting with one.

Unfortunately, pigs always had a bad reputation in real life, regarding their hygiene, their cleanliness level, and all the other stereotypes. But despite their reputation, pigs are actually clean animals. The only reason they are associated with dirt is that they like to lie in mud to cool their body. Pigs that reside in clean, cool environments are actually very clean animals.

They are social animals, and the sow is generally a very good mother to the piglets. What many people may not know is that pigs are highly intelligent and affectionate animals. The most famous pigs can rival any dog when it comes to smartness. They have an excellent sense of smell and use their snout to find food.

Pigs are kept as pets or farm animals in many parts of the world. They also cry when hurt and are loving creatures. When pigs are raised by humans in a well-equipped environment, they can be very affectionate and live up to eight to 12.

For people who love pigs, here are seven famous pigs that you will love:

Miss Piggy is one of the most famous pigs and her celebrity status is well-known on an international scale. Miss Piggy has made people laugh for years, but the most time, she tends to draw extreme emotions out of the audience. Either you love her or hate her.

The flamboyant Miss Piggy was introduced to television way back in the early ‘70s on the “Muppet Show.” Since then, she has become internationally famous, and people love her overall look and appearance with her high heels and a feather boa.

Pumbaa is the brown hog which was made famous in the Disney movie “The Lion King.” The name of Pumbaa is derived from the Swahili language, which means to be “silly or careless.” Apart from being very humorous, Pumbaa is also a fierce warrior and protects his friends. Pumbaa has appeared in many Disney films and has thrilled millions of children with his bravery and honesty.

Piglet is a small friendly pig that has appeared as a close confidant of Winnie the Pooh. Although a small, timid pig, piglet always put up a brave front. Piglet loves flowers, is very kind and neat. Because of his size, he always feels inferior, but he has a nice predisposition and always makes others feel good about themselves. Piglet is a very important part of the “Winnie the Pooh” family and is adored and loved by many children across the globe.

Porky Pig was a piggy on the “Looney Tunes.” With his cute stutter, this pig was loved by everyone. Porky pig first appeared on TV in the 1940s and may be considered as the oldest piggy celebrity to date.

Peppa Pig can be considered a new addition in the world of pigs. She was invented in 2004 as the main character of the animated series Peppa Pig. Peppa Pig is also about toys, food, and fun. The show was created in the UK and is into its sixth season. The episodes feature daily living activities like visiting grandparents, going to the playground, swimming, playgroup, and riding bikes. The characters wear clothes, reside at home and drive cars. It is a very popular program for small children.

Wilbur is another very famous pig and can be considered as the main protagonist of the book Charlotte’s Web. Wilbur belongs to John Arable, a farmer, who initially decided to kill Wilbur because he was very small but then changes his mind. When his owner tries to sell him, Wilbur runs away and then tried to go in search of his own family.

If you have ever been to a farm or a petting zoo, then you have likely come across pigs. They are just too adorable to ignore, whether they’re tiny piglets or boss hogs. They may even make you give up your love for bacon – or, maybe not. No two pigs are just alike. They are special animals that offer us a chance to look at real life angels.