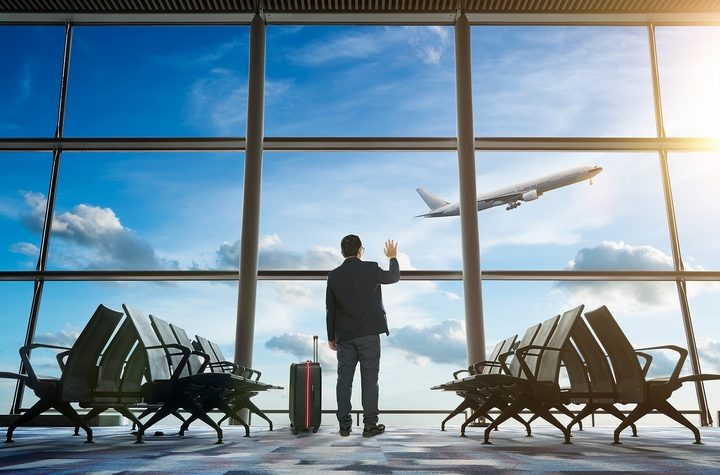 Czech poet Rainer Maria Rilke famously wrote in his early 20th-century poem, Archaic Torso of Apollo, “For here there is no place that does not see you. You must change your life.”

The monotony of the 9 a.m. to 5 p.m. Monday to Friday schedule. The boredom of living in the same city your entire life. The frustration of the rising cost of living. There are many reasons why many people want to leave their birthplace or hometown of several years. Ultimately, a lot of us desire a fresh start after too much blood, sweat, and tears. But is there any place for your nepenthe and refuge?

Let’s be honest: Many of us can feel disenfranchised in our lives, disconnected to the realities of our monotonous, mundane, and morose existence. Because we have it better than most people, we should not complain. But how can we not prattle on when every day seems the same and many of your dreams from your youth have been shattered? Perhaps a change of scenery can brighten your days ahead and allow you to realise your dreams.

Because of high-speed internet and social media, the world might seem small. However, the world is as large as it was before dial-up internet, and it has never been more advanced than it is today. Suffice it to say, the world is your oyster, so you have a diverse array of options to choose from to change your life.

We have compiled a list of the eight best places to relocate to when you want a fresh start:

Denmark possesses some of the world’s most beautiful architecture, and the nation’s capital is the epicentre of all this beauty. Copenhagen is a paradise for anybody tired of the asphalt jungle of the major urban centres. It has all the luxuries of our advanced market economies, while staying true to its heritage.

A lot of tourists get disappointed with the evolution of Europe as many cities adopt the same characteristics of other major metropolitan giants, but Copenhagen is everything you expect Europe to be – and then some.

Another great place to relocate is Sydney, a city with many newcomers looking for a fresh start. What better way to kickstart your new life by heading to the Land Down Under and getting a 20-hour head start on everyone back home?

Despite being one of the largest cities in the world, Sydney remains one of the most livable, from the cost of living to its public transportation. Sydney has everything you want: natural landscapes, market accommodations, affordability, and incredible weather.

If you have lived in Toronto, you know just how much the city has transformed in the last decade alone. But this was expected for Canada’s largest city and North America’s fourth-biggest city. What makes The Six appealing is the myriad of opportunities for young professionals. Real estate might be out of reach for many potential homebuyers, but it offers so much because some of the world’s largest companies have expanded into The Big Smoke.

Even if Toronto is too expensive, the region is working to connect nearby municipalities – Oshawa, Richmond Hill, or Mississauga – to the metropolis. This is a great place for corporate relocation, especially among those who want a fresh start.

Like Denmark, Belgium is a special and underrated part of Europe. Its rich landscapes, its incredible culture, and its magnificent scenery – Belgium has everything for someone who wants to flee the monotony of his or her hometown. Belgium has many places to consider, but Brussels is typically the destination to consider since it is the nation’s capital.

Anytime somebody discusses relocating to Europe, he or she will point to London, Rome, or Paris as the cities to move to in the future. But why does Vienna not get any love? Over the years, many different surveys have typically listed Austria’s capital as the best city in the world for its affordability, employment opportunities, healthcare system, and a myriad of other aspects.

Whether it is a Johann Strauss waltz or lovely buildings from centuries past, Vienna could have everything you would want in a city. The only catch? You may need to improve your German!

When people decide to immigrate to Canada, it is usually between one of two cities: Toronto or Vancouver. However, immigrants may need to reconsider their options since another city is quickly becoming a go-to destination in The Great White North: Calgary.

The weather may not be ideal, but Calgary is attractive for being a major hub but also maintaining a small-town feel.

On global indexes, not too many United States cities make these lists. Perhaps it is anti-American sentiment or many places in America are just not that livable compared to other jurisdictions around the world. That said, if the U.S. is a place you want to relocate to, why not Florida’s capital?

Indeed, Tallahassee is one of the nation’s most delightful cities – and its appeal goes beyond its great all-year-round weather. Thanks to its state’s competitive tax rate and low inflation, many businesses are shifting operations to Tallahassee.

Most people could not find Liechtenstein on a map, but it is there somewhere buried between Switzerland and Austria. So, if you could not even find it on a map, why bother moving to this country? Well, the breathtaking backdrops, the growing industry, the low cost of living, and the minimal tax rates are just some of the reasons to start a new life in Liechtenstein.

Plus, imagine telling people that you’re from Liechtenstein! How cool would that be?