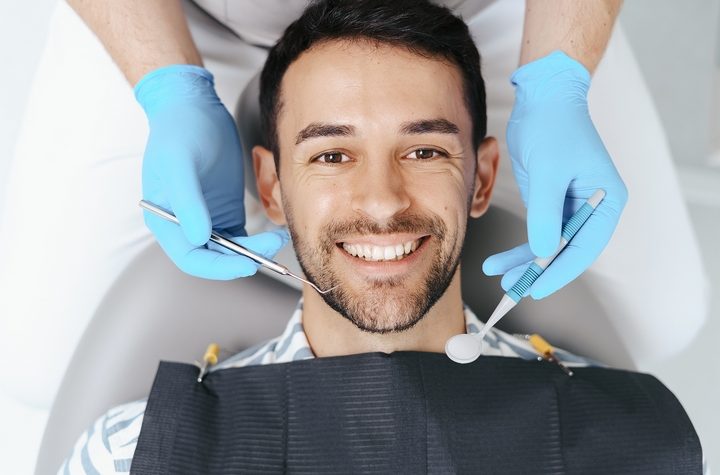 7 Famous Celebrities with Bad Teeth Who Got Dental Implants

A good smile is important in many careers. However, the career route of being a celebrity is definitely one where you want your smile looking the best it can. Naturally, this means that many celebrities have had various sessions of dental work done on their less than perfect smiles.

While the reasons behind these works vary greatly, the end result is always a cleaner, more attractive smile. Of course, a surprisingly common dental procedure is the installation of dental implants. These implants can be performed by dental specialists.

Isn’t George Clooney meant to be perfect? Well, no one is perfect, but Clooney was supposed to be as close as you can get. While many people find that true, he also had some bad issues with teeth grinding whenever he was stressed. As a famous celebrity with bad teeth, this led to some disastrous moments for his smile.

Fortunately, the actor repaired his smile with the help of dental implants at some point. Today, you’d never know that he had any work done with how perfect his smile looks!

You don’t become the youngest heavy weight champion in history without taking a few shots to the mouth. As you can imagine, Mike Tyson’s calling made many dentists squirm in their seats, as the punishment his teeth went through must have been terrible.

Once he finally retired from boxing, Tyson’s next great challenge was taking on quite a bit of dental work, most notably some dental implants. Nowadays, Mike Tyson has a pretty great smile, too.

This celebrity had a naturally wonderful smile for a great deal of her life, as she took good care of her teeth. However, the supermodel was involved in a startling helicopter crash that claimed two of her molars in exchange for her life. Following her escape from the crash, Brinkley went on to get dental implants in place of her two lost molars.

Today she openly gushes about how lovely the implants are and how natural they feel. It’s safe to say that her new smile looks incredible, as well! That simply shows that even those who treat their smile with respect may find use for dental implants one day.

It has been well documented that some actors have to go to severe lengths in order to really nail the various roles that life gives them. However, The Hangover wasn’t an example of this for actor Ed Helms, whose character loses a tooth in the film. Helms had actually lost his real tooth decades prior and lived with dental implants ever since.

Therefore, he simply had the implant temporarily removed for the film and replaced once he was finished. All in all, that’s a far better deal than actually having to lose a tooth for a job.

Most people who are familiar with 50 Cent realize that he went through a horrific assault when he was shot eight times in the year 2000. While the spread of the bullets fired at him had a chaotic range, two of them found their way to the rapper’s face. This would lead to some pretty bad dental issues for him later in life.

This inevitably led to him undergoing various dental surgeries, including having some dental implants installed. Now 50 Cent has a fantastic smile to go along with his aesthetic.

As far as comedians go, it’s difficult to top Chris Rock. Anyone familiar with the actor will surely know of his big, bright smile that he loves to flash whenever he performs. However, maintaining such a smile is a pretty tough task.

As such, he needed a little help at some point to replace a tooth or two with dental implants. However, you’d never know that he had some work done by simply looking at him, as the implants seem to be flawlessly implemented.

The man with the golden voice hasn’t always had a mouth that fit it. While the actor has had many memorable appearances both on camera and behind a microphone, he also had an appointment or two with his preferred dentist. In doing so, Freeman had various instances of dental work done, such as teeth whitening.

However, one of the more obvious dental changes he underwent was the filling of a gap in his teeth. Of course, he accomplished this by having a dental implant installed. Now the actor looks better than ever and has a lovely smile to match the voice that has touched millions.