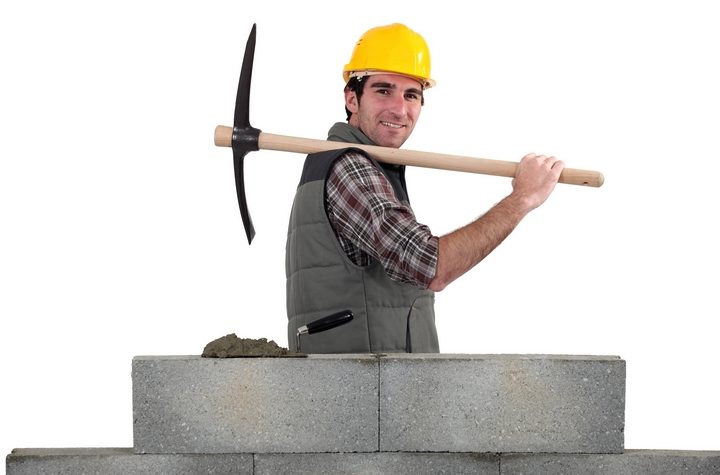 7 Most Famous Construction Workers and Their Stories

Construction workers are one of the backbones of civilization. Sometimes it is so easy to forget that the world around us has been manufactured by the hard work of others. However, if you take a good, hard look at some of the finer details of your environment, you will may just begin to realize the work and hard labour put into them.

From walls tall and strong, to floors sturdy and solid, and even roads sprawling and concrete, all were placed by the hands of people. Even though construction workers and general contractors do a crucial job in society, their trade is largely thankless. Even construction workers with quite a bit of fame are not given their full due.

One of the most famous construction workers actually came from a reality television program. The cast of the hit reality show Survivor had plenty of competition in the season titled Survivor: Vanuatu. That did not stop contestant John Kenney from trying his best to win the grand prize awaiting him at the end.

Kenney did not bring home the prize money, unfortunately. However, his layered background in trades such as construction and technical operator ensure that he will find his success in the world with ease.

Every legend starts somewhere. For award winning actor Harrison Ford, his story of fame started off as that of a carpenter. He was content in his life building furniture and remodeling houses, but that all changed when he was offered the role of Han Solo on the whim of director George Lucas.

Once he became the captain of a spaceship in the smash hit Star Wars, Ford would soon become a leading man in such franchises as Indiana Jones, Jack Ryan, and the two Blade Runner films. However, it all started with one man building furniture for an up and coming director.

There are times when a hardworking man’s life is uprooted and sent down an unforeseeable path. Rodney King was an American construction worker who found himself on international news sources and at the heart of a vicious incident that almost tore the city of Los Angeles apart.

Since the airing of controversial footage depicting his abuse at the hands of law enforcement, King moved on to become a writer and activist until his death in 2012.

While the wartime Prime Minister of Great Britain was not an official construction worker, he was still a gifted bricklayer. This earned him the qualification to become a member of the Amalgamated Union of Bricklayers.

He is most known for his efforts during World War II. However, his smaller, more intimate victories laid in the formations he created. These included a lovely brick garden wall, a goldfish pond, and even a swimming pool.

John Michael Osborne, better known as Ozzy Osbourne, was once one of the top vocalists in the genre of heavy metal. In his career as an entertainer, he has had quite a few brushes with controversy and wide-eyed attention from the general public. When his rocking days were done, he and his family were well known for their early millennium reality show.

However, before all of the partying, the music, and the outrageous family antics, Osbourne was a worker of various jobs. The titles he earned include horn-tuner in a car factory, apprentice toolmaker, and construction site labourer. Clearly he moved on from his days as a labourer, but they clearly got him to the life he has enjoyed for decades.

Caryn Elaine Johnson, otherwise known as Whoopi Goldberg, is an entertainer who has seen roles of all kinds. From purely comedy to moving, award-winning moments, Whoopi has been there. As with most entertainers of her calibre, though, she had a life before the bright lights and applause. A life that most likely gave her the life experience to be so warm and relatable.

Goldberg was diligently building walls at the San Diego Zoo when she was noticed for her skills as a builder. This earned her an invitation to the bricklayers union. In the time since, she left behind her trowel in exchange for a microphone. A perfect example of being able to make it big no matter what background you start with.

Chief Dan George was a chief in the Tsleil-Waututh Nation. His experience as a chief gave him plenty of unique perspectives on life, allowing him to use his wisdom to relate to his fellow person in various ways. Using this understanding, he excelled in acting, as a musician, and an author of poetry and literature. These efforts even put him on the map of awards such as Academy Award for Best Supporting Actor.

However, his early life had him working hard in many areas. Chief Dan George was at one point a longshoreman, a school bus driver, and of course a construction worker. As far as resumes go, that isn’t too shabby a list of roles.